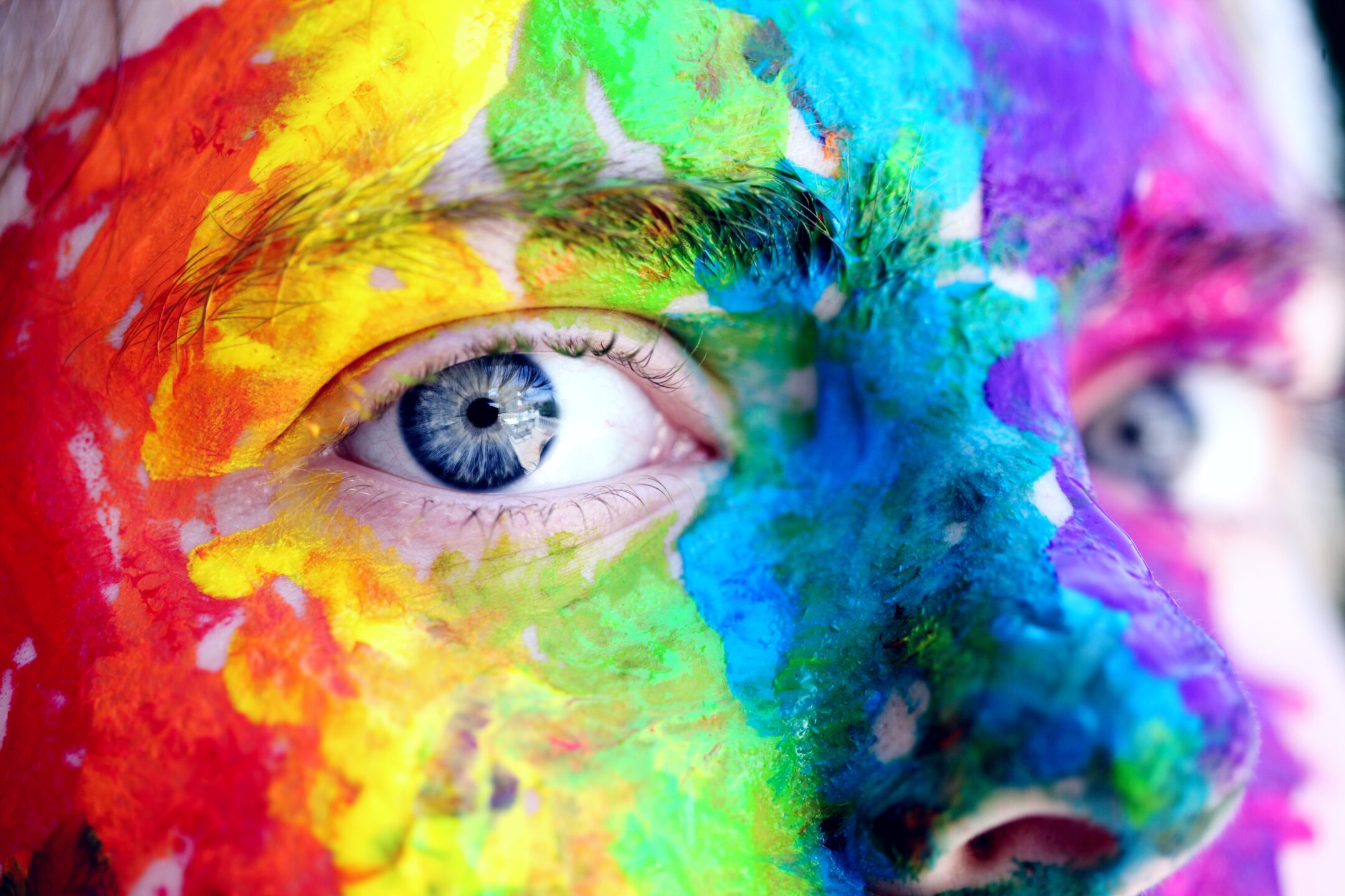 Borderline personality disorder (otherwise known as emotional unstable personality disorder or EUPD) is one of the most common and more well-known personality disorder labels. It is also one of the most contentious when it comes to ongoing stigma, discrimination, and treatment failures. At its worst, certain treatment protocols for BPD have led to serious harm and neglect.1 Patients often complain of a lack of compassion and understanding from people who are employed to help and support them,  as well as a clinical environment that sees them as problems to be fixed rather than people to be cared for.

What seems to get missed is that there is often deep trauma and psychological suffering that underlies these conditions. When careful attention is brought to this in the context of compassionate and supportive therapeutic relationships, then real healing and recovery become possible.

The importance of language

There are many who find diagnostic categories helpful and clarifying when it comes to understanding and accepting mental, psychological and emotional states that can be extremely distressing and confusing. Feeling like we have a condition that explains our internal experience and which is shared by others can be validating and help us to feel less alone in our suffering.

Many raise understandable objections, however, in regard to the language and associated stigma attached to the labels. There are those, for example, who object to the language of personality disorder in itself, arguing that to identify or describe someone’s personality as ‘disordered’ is to already stigmatise and identify someone as separate from those with ‘normal’ personalities.

What can get lost in this way of speaking is the appreciation and compassionate understanding that what might be labelled as disordered might otherwise be recognised as understandable psychological responses to acute stress and trauma. In this way of thinking, the psychological and emotional processes that people with personality disorders experience are not unique to them. They are not abnormal, but rather understandable psychological processes that have often been pushed to their extremes as a way to survive acutely stressful or traumatic early life experiences.

The impact of early relationship trauma

Instead of thinking of someone’s personality as disordered, we can instead think of it as adapted in understandable though often extreme ways to a particular set of social, family and relational circumstances. This is how the therapist Elinor Greenberg, for example, conceptualises what traditionally would be thought of as personality disorders as personality adaptations.2

Below I take a look at two of the most commonly diagnosed and well-known types of personality disorders, so-called borderline and narcissistic personality disorders. I explore how thinking about them as adaptations can help shed light on some of the underlying psychological and emotional processes. 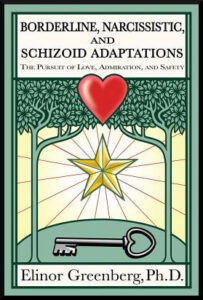 ‘Borderline’ personality adaptations: the need for love and fear of abandonment

In the model put forward by Greenberg, people with strong borderline processes have an internal psychological system which is centred around a need for love, often as experienced in the form of loving attention from a close, intimate other. This is, of course, a need that is universal amongst all humans. The difference here, however, is the severity with which that need is experienced, and the degree to which the absence of loving attention generates unbearable forms of emotional distress.

It is not only the positive emotions that come with feeling loved and cared for by another that are being sought after. The psychological system is also structured to protect against the traumatic stress of what is sometimes called ‘abandonment depression’.

Abandonment depression can be thought of as a reliving of a previous trauma experienced in our childhood attachment relationship with a primary care-giver. As young children we are dependent for our survival on our care-givers. This means we are intensely attuned and sensitive to the quality of our relationship with them. If we become afraid that our care-givers may stop loving us (either through aggression or neglect), this taps into our primal survival instincts and means that we pursue whatever strategy necessary to prevent that from happening.

This is how our internal system can be organised around a central belief that our survival is dependent on getting others to love us, and that if we fail at this task then we will literally perish. This is one way of understanding why the fear of rejection and abandonment would be so strong and almost impossible to manage for someone with this kind of trauma. Moreover, it can help shed light on why as an adult they might engage in what to others look like extreme behaviours, but in their own internal system are felt to be essential strategies for survival.

The stigma of labels

It is the manifestation of this trauma in at times extreme behaviours which has left people with these processes being so heavily stigmatised. What can seem on the surface to be attempts at manipulation can actually be understood as a traumatised person doing their best in that moment to get their needs met. This may manifest in the way that it does because parts of their internal world whose attachment trauma are being relived genuinely fear that their survival is at stake.

I think part of what contributes to the stigma is that a person’s trauma associated behaviours come to be seen as synonymous with their personality. This stigma of being ‘difficult’ has also manifested in the therapy world over the years, though in her extensive work with clients with these kinds of processes Greenberg helpfully explains how they ‘have not lived up to their negative reputation among psychotherapists. On the whole, they have been warm, considerate, and a pleasure to work with’. 3

‘Narcissistic’ adaptations: the need for admiration and defence against shame

Narcissism has become an increasingly popular topic of interest lately, particularly in regard to understanding forms of narcissistic abuse in relationships. In attempting to understand the psychological and emotional processes underlying narcissistic behaviour, it feels necessary to affirm that this does not have to contradict holding people accountable for the harm they cause to others and supporting victims and survivors of abuse who have been on the receiving end of these behaviours.

The approach outlined below is designed to be relevant for people developing supportive therapeutic relationships with individuals with these processes, with a view to promoting healing and recovery which can also in turn reduce the risk of further harm to others.

Thinking of narcissism as an adaptation and psychological process rather than a disorder which you either have or don’t have, opens up a way of thinking which recognises that we all have narcissistic parts. Most of us, on some level, enjoy admiration and praise, and are sensitive to our status in relation to others.

The difference for people who may be diagnosed with a narcissistic personality disorder is one of degree, namely that for certain people these same psychological processes have become amplified and hardened as a core psychological process. One of the primary functions of this process is to defend against feelings of shame, with that defence often manifesting in extreme forms of behaviour designed to protect and maintain a sense of high status and superiority over others.

Narcissism as defence against toxic shame

A key to understanding the volatility of narcissism as a personality trait is that the outward persona of grandiosity, confidence and superiority over others masks an equally severe flip-side of disastrously low self-esteem and intensely painful insecurity. This can lead to wild swings in mood and periods of intense self-hating depression when the defences of grandiosity are breached.

Similar to people with borderline processes, narcissistic individuals have relatively weak internal resources for self-soothing and emotional regulation, and are somewhat dependent on external sources for sustaining a basic sense of self-esteem. This is why they may react so strongly to any suggestion of criticism or the pointing out of flaws, as this is perceived as a threat to their status and brings them close to feeling that sense of shame which they so aggressively defend against.

One of the reasons this shame might be experienced as so overwhelming is that it is often associated with early childhood experiences of painful humiliation from a parent or care-giver and/or forms of emotional neglect which made them believe they had to be special and better than others to receive love and care.

Seeing the people beneath the labels

I have a lot of sympathy with those who find the language of psychiatric diagnosis dehumanising and pathologising, and support attempts to develop an alternative language for describing these particular aspects of psychological experience.

I also recognise, however, that diagnostic categories can be clarifying and positive for some who feel it gives an explanation for their psychological processes which previously may have been confusing and difficult to make sense of.

Whilst the language of personality disorder is still widely in use, I’ve personally found the above approach helpful in developing a more humanistic and compassionate approach to understanding these processes, and recognising that underneath the labels are human beings who have been trying their best to cope with and survive often extremely challenging situations and experiences.

It has also helped me to recognise that people who suffer from these conditions are not beyond help, but can be supported to heal and recover through effective, compassionate and supportive therapeutic relationships. 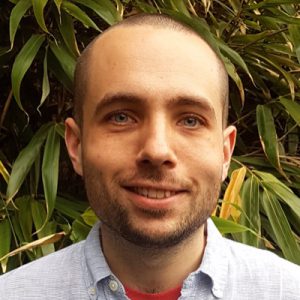 I believe deeply in the potentials of compassion, empathy and self-awareness as a means of healing psychological wounds and helping us reach our full potential. People seek counselling for all kinds of different reasons, from stress, anxiety, depression, childhood trauma, relationship problems, and many others. I aim to build an authentic and trusting relationship with the clients I work with and cultivate an environment of unconditional acceptance and non-judgement to work through whatever issues they may need to explore